Living a luxurious lifestyle is one thing, bragging about it is another. Paris Hilton this week has tweeted numerous times about her luxurious lifestyle-flying on private jets and shopping at Channel. She definitely likes to fly in comfort. As you can see below, Paris took pictures of herself reclining in a queen sized bed while on board a private jet.  The private jet is a 1979 Boeing 747, approximately $270 million and owned by Sheldon Adelson, CEO of the Las Vegas Sands Corporation.  What you may not know is that Magellan Jets can provide a private jet charter on aircrafts just like that.  We pride ourselves on always finding the right jet for your charter, no matter your needs or wishes!

Less than 24 hours ago, Kanye West joined Twitter and already has over 200,000 followers. Kanye definitely knows one thing and that is rolling in style. In a recent series of tweets and pictures, Kanye talks about a private jet he boarded yesterday evening. But, whats up with the “BABYMAMAJET”? Check out the series of … Continued

What kind of Honda do you own?  Is it a new HondaJet. Yes Honda has been getting buzz from aviation specialists, media, and other enthusiasts about their first ever aircraft. Possibly the most innovative and technologically advanced private plane ever constructed will be hitting the market as soon as the third quarter of 2012 with … Continued

Angelina Jolie recently traveled to Japan via private jet along with her kids, Maddox, Pax, Zahara, and Shiloh. Angelina is no stranger to flying private and has been spotted jetting with the kids and husband Brad Pitt many times. The film star is attending the premiere of her hit movie, “Salt”, that will be taking … Continued

Director Peter Jackson recently acquired a new Gulfstream G550 for an estimated price of $68 million. The private jet is one of the nicest jets on the market and can fly from New Zealand to Los Angeles non-stop. Jackson previously had a Gulfstream IV but was plagued with too many fuel stops, so he decided to trade up. The G550 can accommodate up to 16 passengers. Some of the seats can even be converted to beds, although those may require some pajamas. Jackson is a vintage aircraft collector and owns 29 World War I aircraft, some original and some replicas. Although we don’t charter vintage planes, Magellan Jets does have the capability of accommodating customers who would like large Gulfstream jets just like Mr. Jackson’s, all with the highest levels of safety and comfort and for far less cost than owning your own. Check out the link here

Recently, President Obama’s dog, Bo, traveled to Maine on his own private jet. The Obama’s love their dog so much that they wanted to ensure his safety and comfort while traveling to Maine. Pet friendly hotels and vacation rentals have seen growing demand but transporting your pet to your desired destination has caused some trouble and aggravation. If you choose to fly commercial with your pet, the entire process can be extremely traumatic for them. Most commercial airline companies require your animal to stay inside a crate and be placed with the luggage if they exceed a 20lb weight limit. With a private jet charter, your little (or big!) friend can be by your side at all times with no hassle. Pets are able to travel onboard the aircraft while being relaxed, stable, and in complete luxury. Perhaps the biggest bonus to it all is that you know where your pet is at all times. Magellan has had many clients travel with their pets, so we’re pros at the in’s and out’s of the process. We’re always happy to help make the experience exceptional for you and your furry (or feathery or scaley) friend! To Learn More Click Here: http://www.travpr.com/pr-1671-pet-friendly-travel-with-private-jets.html

Mark Zuckerberg, founder of Facebook, weighed in on his social network, hating interviews, privacy, private jets, and an upcoming movie trailer. Recently Facebook just hit its 500 millionth user marking an impressive record. In an exclusive interview with ABC World News reporter Diane Sawyer, viewers got a chance to witness an inside looks into Zuckerberg’s personal life. During the interview Zuckerberg talked about Forbes’ claim that he was a billionaire, refuting it on the grounds that his company is still privately held. Speculation of Zuckerberg wanting to own a private jet remains popular. Zuckerberg makes it clear, however, that the rumors are false. What billionaire does not want to own a private jet? The smart ones. Unless you’re flying 400 hours a year or more on your very own jet, it is a waste of money! Being affluent has its perks, and flying private is definitely one of them. Magellan Jets allows individuals to get all the benefits of owning an aircraft and more, without a $50 Million asset to worry about!

John Travolta’s Private Jet Airport
John Travolta has been a fan of private aviation for some time. He currently owns a Gulfstream II and Boeing 707 that are both able to taxi right up to two buildings connected to his house. People may have seen Travolta flaunt his private jet on “MTV Cribs” a few years ago. What you may not have known is that his $2.5 million home features a jetway for him to have direct access to his private airliner without even going outside. The 6,400 square foot house is located in Ocala, Florida and is in the exclusive fly-in community of Jumbolair.  Of course Magellan can provide any size aircraft, although customers are on their own to get them to the front door!
Check out the link for more information:

An idea that we have all dreamed about and seen in movies may actually be coming to reality. Beginning next year, cars will finally have wings. Terrafugia, based in Woburn, Mass., plans to deliver its car-plane by the end of 2011. The company has been working with the FAA and the National Highway Traffic Safety … Continued

Congratulations to Spain for winning the 2010 FIFA World Cup! Millions of viewers around the world tuned in yesterday to watch the long and very heated match between Netherlands and Spain. Andres Iniesta scored the winning goal in the 116th minute of overtime to put them over the top. People around the world and especially … Continued

Recently we blogged about, Colton Harris-Moore, and early Sunday morning he was aressted on the Bahamian Island of Eleuthera. Harris-More is suspected of flying a stolen plane to the Bahamas and was found just off the Abaco Island. Colton had stolen a 2009 Cessna 400 Corvalis and an emergency locator was used to track his whereabouts. … Continued

Anybody catch the latest episode of the hit HBO series, Entourage, last night? If not, you missed a cameo appearance by Dallas Cowboys owner, Jerry Jones. Ari Gold (Jeremy Piven) was in the talks with Mr. Jones to help represent the NFL and their TV rights. Jerry was seen boarding his Private Jet during the episode which sparked some excitement for fans. Jerry is no stranger to private aviation with a net worth way over a billion dollars. Check out his exclusive HBO appearance below:

Anna Chapman, born February 23, 1982 is an alleged Russian Spy who has been working for the Illegals Program under the SVR, Russian Intelligence. Anna has been called a “Modern Day Bond Girl”, due to her good looks, red hair and green eyes. It seems like her Russian Spy role came out of a recent espionage movie. It has been reported that this Russian Spy has recently worked for NetJets, formerly the largest executive jet aviation company in the world.

A 19 year-old fugitive is wanted by the FBI in the Bahamas. Colton Harris-Moore is a teenage thief who has been taunting police for over two years now. Colton has been committing burglaries and possible theft of boats, airplanes, and luxury cars. Recently he has been spotted in the Bahamas and the US embassy has issued a $10,000 reward for any information leading to his arrest. The owner of a stolen plane was contacted by the Coast Guard that his plane has been sending emergency signals off the coast of the Bahamas. Colton was the prime suspect and he was nowhere to be found when the plane crashed. Sounds like Catch Me If You Can, a 2002 film starring Tom Hanks and Leonardo DiCaprio. If the owner of the plane used Magellan Jets, he wouldn’t have to worry about theft related issues.

Lebron James will be making a world-wide appearance on ESPN at 9 o’clock this evening. As the world waits to hear King James make a decision, fans will be anticipating his new arrival wherever he goes. Analysts and sports commentators have been suggesting that Lebron will go to Miami to join superpowers Dwayne Wade and Chris Bosh. However, the decision still remains an enigma, not knowing where he will ultimately go. New York, Miami, and Chicago are all big name cities in which Lebron may attend. We anticipate seeing clients from Magellan traveling to these various destinations to watch the King play. We know that his decision will have a long lasting affect wherever he goes, impacting the lives of others in the desired region. Tune in at 9 o’ clock to watch Lebron James make a decision, we know here at Magellan Jets, we will also be anticipating his historic free-agency signing.

An innovative and informational article about Magellan Jets is featured on the popular news website, PatriotLedger.com. Magellan Jets recently launched an “empty legs” search engine, which allows users to access private jet trips without any cargo or paying passengers on board. Joshua Hebert, CEO and Founder of Magellan Jets, discusses the most recent search service. By offering ample discounts, the company will be able to fill empty flights with passengers. The real-time search located on the company’s homepage makes it exceptionally easy to find discounted flights. The discounts for an empty leg flight can be very substantial and cost effective compared to regular priced trips. Click here to read the full article

Magellan Jets Member
The aircraft was pristine. The flight crew were friendly, warm, personal and professional. You can tell they love their job and the people they both work for and work with. 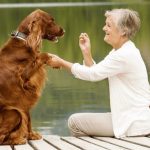 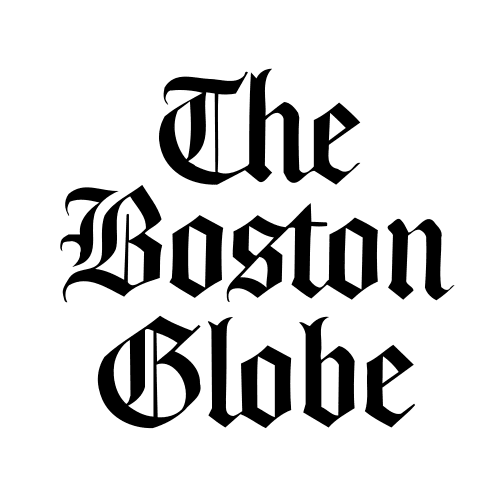 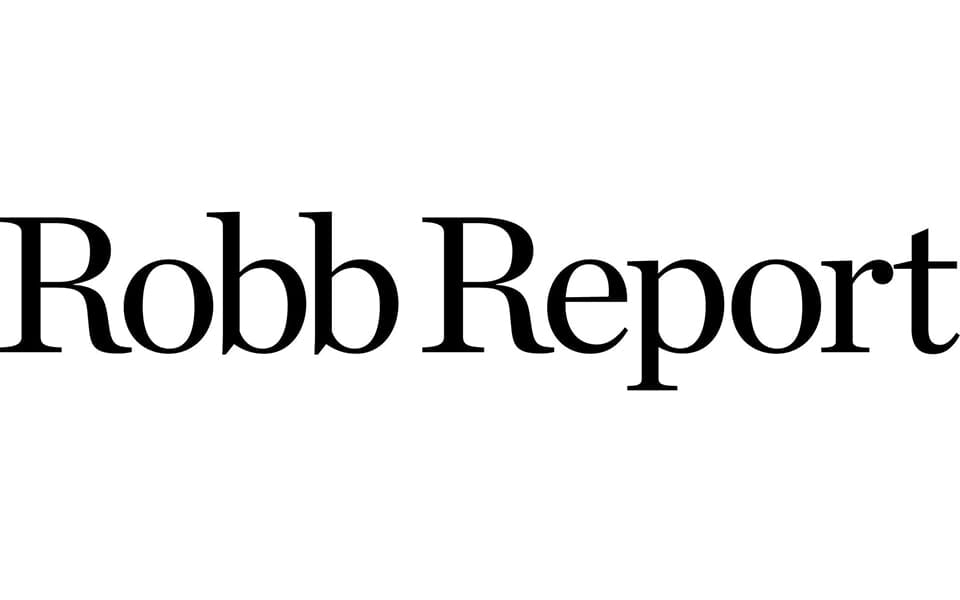 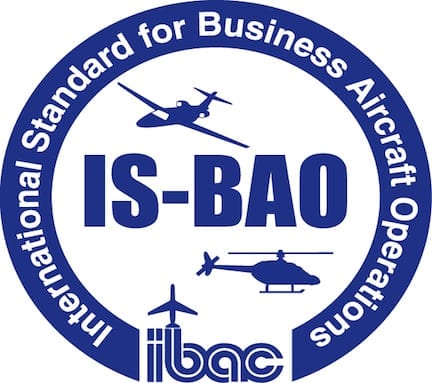 The most straight-forward jet membership on the market. Reserve your complimentary consultation today.

Fill in your details and we’ll get back to you in no time.