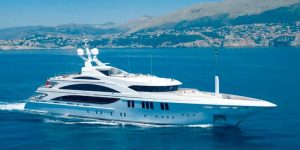 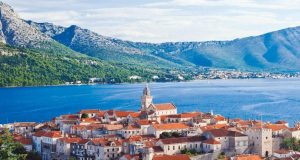 Amalfi, Lisbon, Sicily, Nice… these popular seaside summer destinations are undoubtedly attractive, but they have 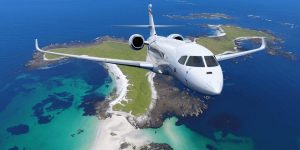 Top 5 Places In Europe To Visit This Summer

Did you know that Europe is one of the top summer destinations this year? With

If you’re planning on traveling across the pond this summer, did you know that flying privately could be less expensive?
Yes, you read that right.
Travelers who typically fly first class to their favorite European destinations can benefit from private aviation, especially when making immediate plans. A quick check on Kayak.com can confirm this.

Last week Ferrari announced the launch of their latest endeavor, Ferrari Land, a 807,000 square-foot amusement park and resort outside Barcelona, Spain. After the success of their first amusement park Ferrari World in 2010, which is the largest indoor park in the world, the luxury brand decided it was time to expand! However, Ferrari Land will be about a third the size of the original theme park. That does not mean the park will be anything less than spectacular.

Many travelers fail to take into account the leap in time zones and the toll it can take on your body’s internal clock. Flying from the US to Europe, East Coast to West Coast or vise versa can switch your wristwatch three to nine hours. Your body says, “Hey, what’s going on here?” Jet lag can cause some very unpleasant effects such as fatigue, insomnia, poor concentration, confusion, hunger at inappropriate times or lack of appetite, and general malaise and irritability.

Spring is upon us which means the summer tourism season is nearly here. For elite

Magellan Jets is proud to announce their partnership with Polo Club Saint Tropez. Polo Club Saint-Tropez is located in Gassin, one of the most beautiful villages in France. Gassin is located between Saint-Tropez and Pampelonne beaches. Annually, between the months of April and September, 14 international tournaments of different handicap level take place, as well as practice and exhibition matches. For each tournament, the Polo Club Saint-Tropez organizes beautiful events and dinner parties. For the 2011 season, the English team SEZZ has kept their title for the 2nd consecutive year by winning the Gold Cup against the newcomers of the Thai Polo Club. It was a very close match, with a final score of 5 to 5. This year, the polo season has ended with the traditional Gold Cup dinner to celebrate the accomplishments of all participants. The players have been offered a variety of prizes, designer clothing and watches, champagne bottles by Taittinger, a membership card by Nota Bene, some Introspective Glass trophies, a technical hat by Raceline and of course the Silver and Gold Cups. The best playing Team Patron of the Silver and Gold Cups, Roderick Vere Nicoll, received a voucher for a stay at La Messardiere hotel. In addition to the polo matches, the Polo Club Saint-Tropez hosts private and corporate events, such as gala dinners, weddings, product launches and seminars. Due to this, it is fair to say that it is one of the top attractions in the South of France. Magellan Jets looks forward to collaborating with the Polo Club Saint-Tropez on future events, both in the United States and abroad.