7 Charitable Donations This Year You Should Know About

In the world of philanthropy, it pays to make headlines. The bigger the news, the bigger the difference being made through a charitable donation to a worthy cause or organization. This year, some major donations to worthy charities are making big news.

Read about 7 charitable donations this year you should know about.

1. Google Gives $50 Million for San Francisco’s Homeless
Google recently announced a commitment of $1 billion in support of affordable housing in San Francisco’s Bay Area, plus $50 million in grants to nonprofits that are working to address homelessness in the area. This particular gift will go toward the construction of houses, with a goal of having many new homes available over the next few years. 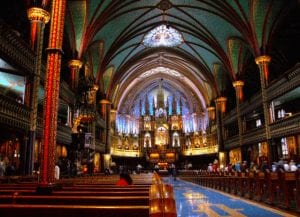 2. $22 Million to Washington National Cathedral
On the heels of the tragedy at Notre Dame in Paris, the importance of preserving historic buildings with significance is at the top of many philanthropists’ minds. Washington National Cathedral was given $22 million for renovations. The gift was from three individuals in support of a renovation of the former Cathedral College of Preachers. After the renovations, it will be renamed the Virginia Mae Center after one of the donors.

3. $68 Million to Chan Zuckerberg Initiative
Donations don’t make a difference just in the world around us–they also make a difference in the world to come. At the Chan Zuckerberg Initiative, scientists are working to map all the cells in the human body, which will help advance humanity’s understanding of what goes wrong when disease strikes. The organization recently received $68 million in grants to continue its work on the Human Cell Atlas (HCA). 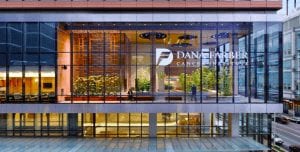 5. Boeing Pledges $1 Million
Boeing’s Charitable Trust has pledged $1 million to help boost the number of women and minority students in STEM fields and science and engineering programs. The funds will be matched by the American Institute of Aeronautics and Astronautics (AIAA) Foundation. Investing in the aerospace industry by stimulating and diversifying it only makes sense for the aviation leader.

6. $125 Million to the New York Genome Center
The New York Genome Center has received a total of $125 million in gifts from the Simons Foundation and Carson Family Charitable Trust. The aim is for the donations to accelerate the center’s transformative collaborative research programs in neurodegenerative and neuropsychiatric diseases as well as cancer. Key disease focus areas include autism, amyotrophic lateral sclerosis (ALS), and dementia. 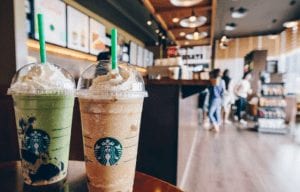 7. Starbucks Gives $3.5 Million
The Starbucks Foundation has provided a $3.5-million grant to Points of Light, a national volunteer service organization based in Atlanta. The funds will help to expand the foundation’s Service Fellows program, in which fellows work part-time for a local nonprofit and part-time at Starbucks.

For more info and to be notified of exclusive offers, and read more about destinations, travel and private aviation, sign up for our newsletter here!