The Cessna Citation CJ3 and CJ4 both demonstrate a remarkable combination of power, speed, and flexibility in a light business jet. The Citation line of jets are perfect for business travelers focused on a more economic private aviation solution, providing great performance at lower costs while still maintaining a significant level of comfort. 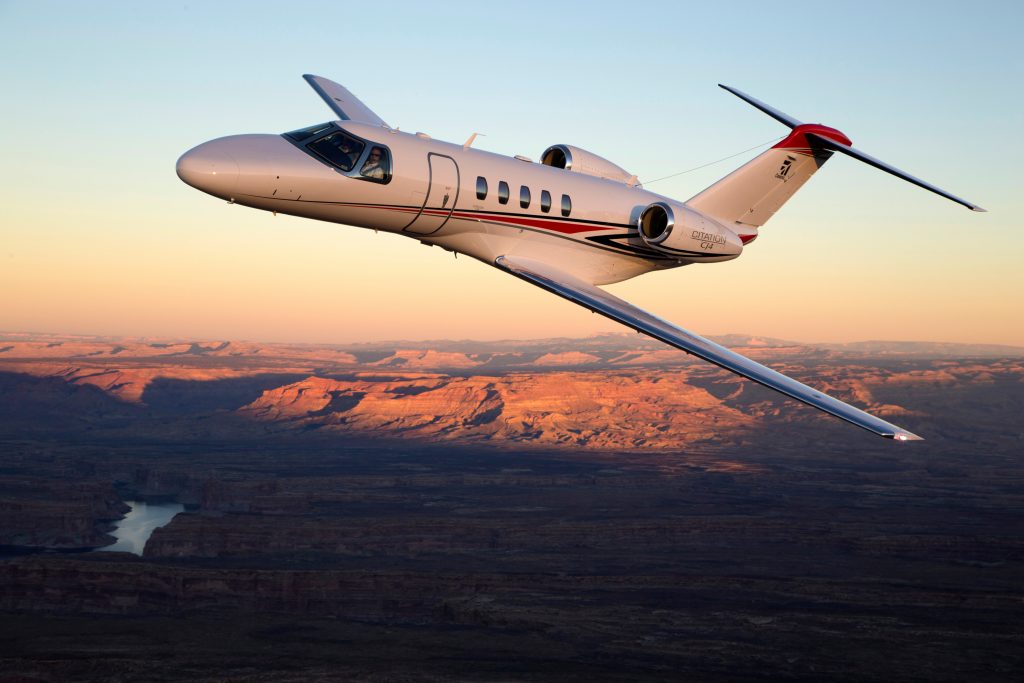 With their dependable performance and impressive ability to provide seamless travel, the Citation CJ3 and CJ4 are ideal light jets that evoke confidence and supreme reliability.

Though efficiency and fuel economy are its main draws, the CJ3 boasts a spacious and comfortable cabin that is two feet longer than that of the CJ2 at over 15 feet. It typically carries six passengers in reclining, single executive seats; the first four are in a club-four layout, with the remaining two facing forward in the rear of the cabin. Two folding work tables, multiple 110-volt AC outlets, and relatively low noise levels allow passengers to be productive in the air—and the jet’s fourteen windows and enhanced LED lighting ensure they have a good deal of space, too. 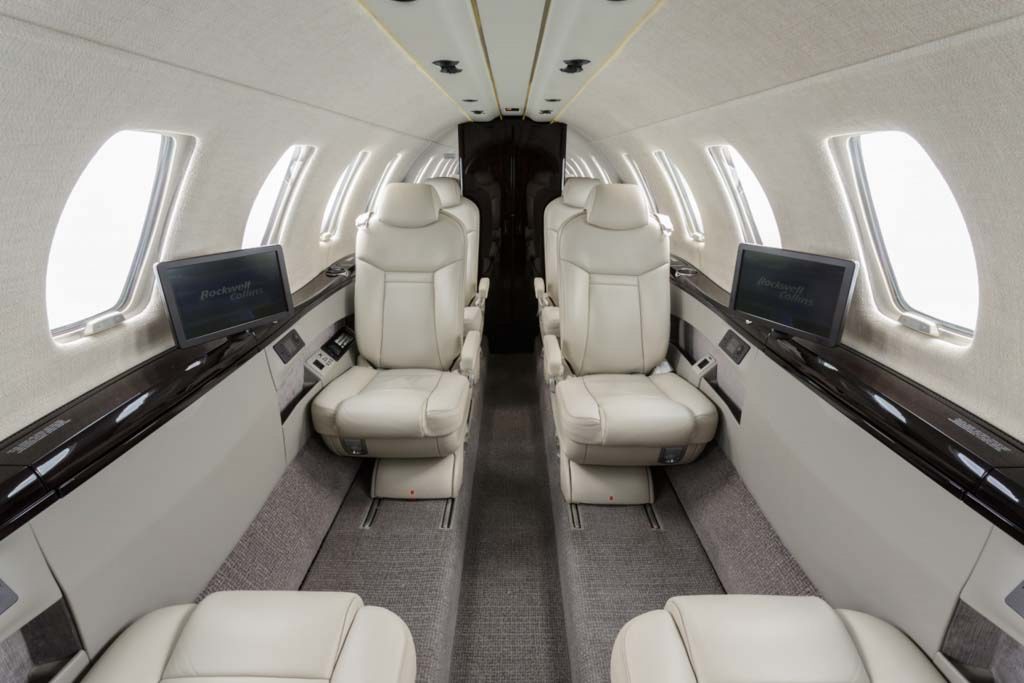 Cabin space is further improved in the CJ4, which stretches the cabin length 21 inches and utilizes seamless panels, mirrors, and indirect lighting for a design that feels even more open. Improved seats feature flip-up armrests that can be made to hide completely out of sight. There’s also the inclusion of the Rockwell Collins Venue cabin management system, controlling lighting, music, window shades, and the cabin’s two 10.6-inch video monitors.

The CJ3’s two Williams International/Rolls Royce FJ44-3A engines deliver 2,780 lbs each of thrust, and burn about 149 gallons of fuel per hour, significantly less than the CJ2. Those engines are capable of speeds of up to 479 mph, and can climb to 45,000 feet in just over 27 minutes. The CJ4’s FJ44-4 engines are larger and more powerful, providing 3,400 lbs each of thrust.  Both jets not only climb fast, but are capable of taking off easily from short runways. Cessna used natural laminar flow wings on the CJ3, improving lift-to-drag performance; the wing was further improved upon with the CJ4, increasing fuel capacity and lessening drag. 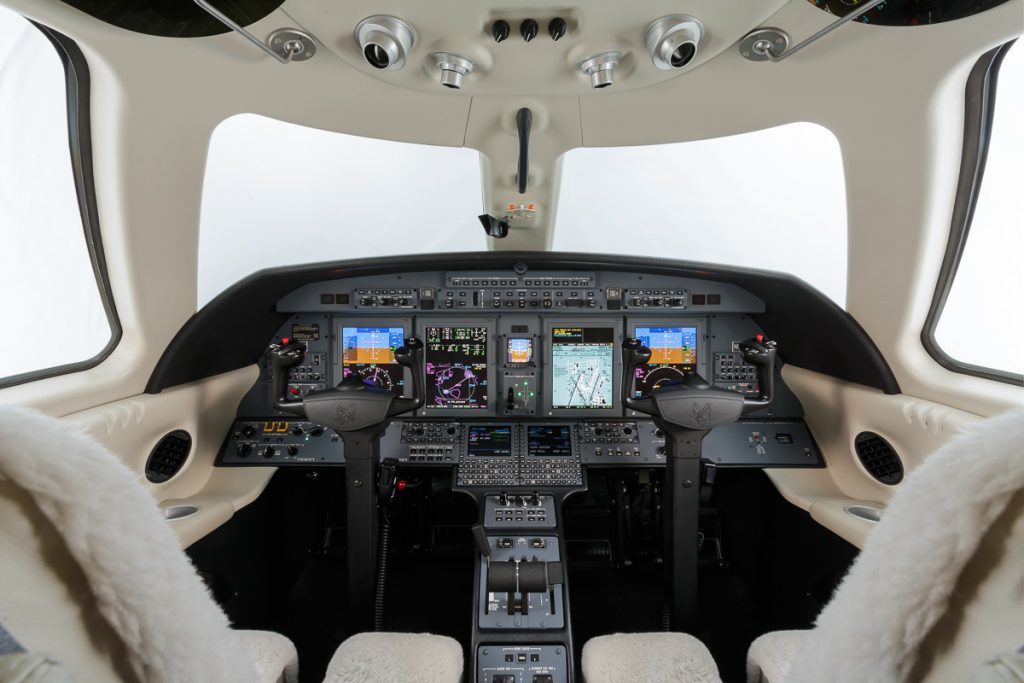 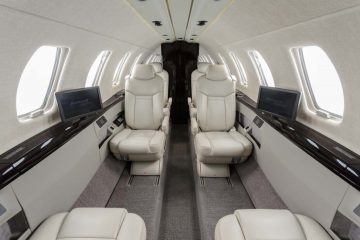