The Embraer Legacy 650 has been a major player in the long-range business jet market since getting its FAA type certification in 2011. The 650 is the successor to Embraer’s first-ever business jet, the Legacy 600, which brought the Brazilian aircraft manufacturer’s commercial airliner experience to the bizjet world. The 600 was a tough act to follow, but with increased fuel capacity, advanced avionics, and more headroom, the Legacy 650 manages to push boundaries and impress. Most importantly for private fliers, the jet’s extra fuel tank and new wing design help give it more range and “add a lot of new city pairs,” as Embraer VP of Market Intelligence Claudio Camelier said upon the jet’s unveiling. Embraer introduced an upgraded version, the Legacy 650E, in 2020. 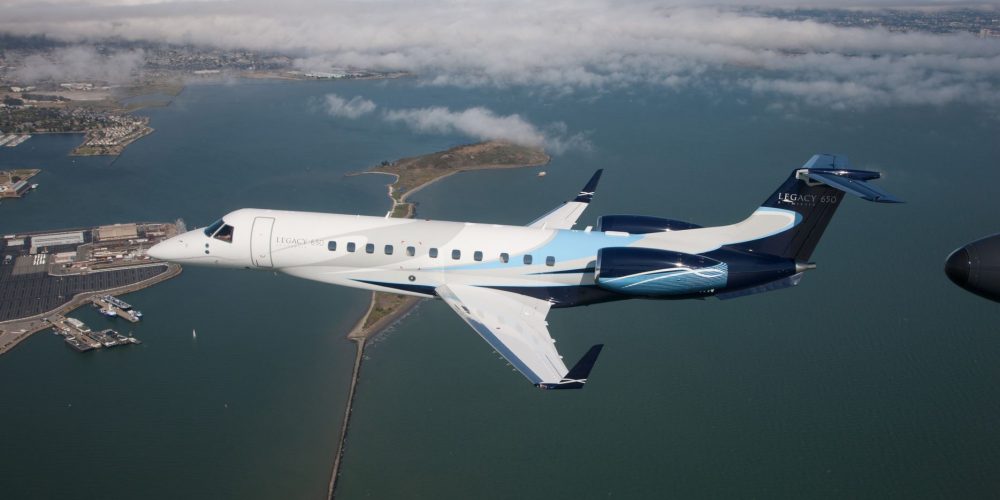 The Legacy 650 shares the same three-zone cabin design as its predecessor, with its thirteen-passenger cabin measuring 49 feet 10 inches long, 6 feet 11 inches wide, and 6 feet tall for a total cabin volume of 1,650 cubic feet. One thing that has changed is the amount of available headroom; passengers will appreciate the redesigned, lower-profile seating along the sides of the cabin. The jet also includes 286 cubic feet of internal storage in what Flying Magazine calls “a pressurized, climate-controlled baggage area in which you could play a game of touch football.” Multiple individual executive seats can slide, swivel, and recline according to the passenger’s comfort needs.

Another distinguishable factor is the Legacy 650’s exceptionally quiet cabin, which eliminates so-called “parasitic noise” and makes for a more relaxing trip  Additional amenities include a spacious galley, and the largest lavatory in its class.

The Legacy 650 is powered by two Rolls-Royce AE 3007A2 engines with high-flow fans, which enable the aircraft to reach speeds of up to 459 kts and produce 9,020 pounds of thrust per engine. They’re also more fuel efficient than those on the Legacy 600, perform better in “hot-and-high” conditions, and now feature Full Authority Digital Engine Control (FADEC) for full computer control. The wings have also been improved with detachable winglets and strengthened flap panels.

The improved engines allow the Legacy 650 to go further at faster speeds. With a projected range of 3,900 nautical miles when flying with four passengers and NBAA IFR reserves—that’s about 500 nautical miles more than the Legacy 600—it can manage routes like New York to Paris or London to Dubai.

The cockpit of the Legacy 650 is equipped with the Honeywell Primus Elite avionics system, which won an Editor’s Choice Award from Flying Magazine. The cockpit suite includes a terrain and traffic awareness system (Mark V EGPWS), LCD displays with Cursor Control Device (CCD), and weather information service that allows the flight crew to provide the best service and safety to the passengers.

LEARN ABOUT OUR PRIVATE AVIATION SOLUTIONS 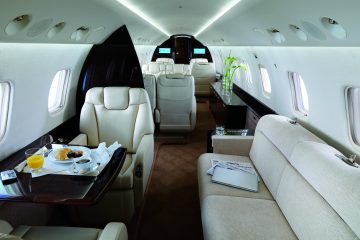