There’s a reason Swiss aircraft manufacturer Pilatus created an all-new class (“Super Versatile Jet”) for their Pilatus PC-24: it’s capable of flying an incredibly wide variety of missions for a business jet and deserves to be in a class of its own. According to Aviation Week, operators say it has no direct competition. The PC-24 combines turboprop versatility and light-jet performance capability with the spacious cabin of a mid-size business jet, and can access more destinations thanks to its ability to land on short or even unpaved runways. Operational flexibility and low operating costs make the PC-24 an industry-leading favorite. 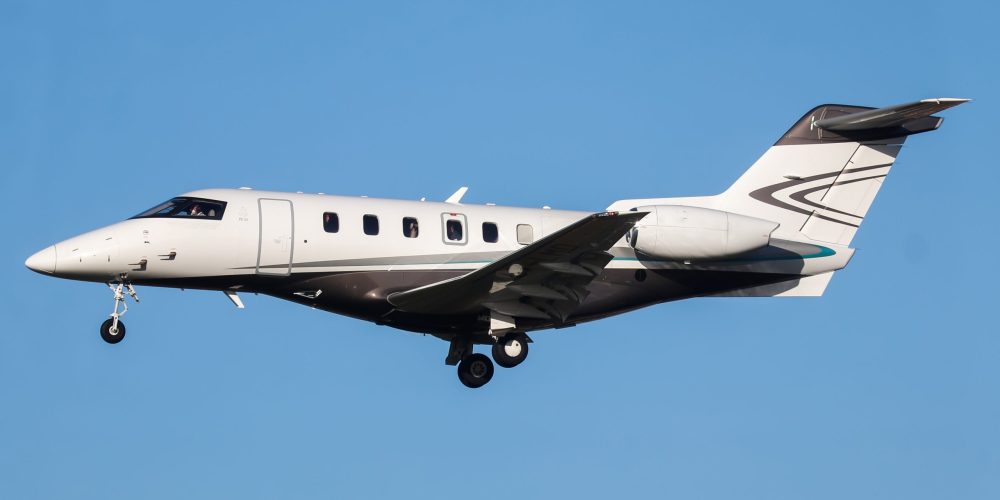 The Pilatus PC-24’s interior is designed to the latest standards of comfort with the finest Swiss craftsmanship. Its cabin measures 23 feet long, 5 feet 7 inches wide, and 5 feet 1 inches high for a total cabin volume of 501 cubic feet, making it longer, wider, and taller than the competition, including the Phenom 300 and Citation XLS+. The jet also includes a heated and pressurized internal baggage compartment of 90 cubic feet that can be accessed at any time during the flight at the passengers’ ease. The external door to that compartment is large enough for a standard-size pallet to be loaded onto the jet, giving it even more versatility for cargo use.

The cabin includes a continuous flat floor that allows for added headroom and comfort. Typically, cabin layouts include six to eight executive seats in club configuration that can swivel in multiple directions with foldable armrests. Additional amenities include a fully enclosed, externally serviceable lavatory between the cockpit and cabin, as well as an Integrated Cabin Management System allowing passengers to follow the flight in Airshow and control cabin lighting, temperature, and media through their smart devices. The cabin is kept at sea-level pressurization up to 23,500 feet, resulting in passengers arriving at their destination with less fatigue.

The Pilatus PC-24 is equipped with two rear mounted Williams FJ44-4A turbofan engines, which enable the aircraft to reach speeds of up to 440 kts and produce 3,420 pounds of thrust per engine. It can climb to 45,000 feet in just 23 minutes. Pilatus says the PC-24 has a range of 2,000 miles when flying with four passengers and NBAA IFR reserves, meaning it can fly routes like Seoul to Hanoi or Paris to Moscow.

One of the most impressive feats of the PC-24 is its short-runway performance; at its maximum weight, it can take off in just 2,690 feet. These numbers allow the PC-24 to reach a far greater number of airports than any other aircraft in its class. Built to be “off-road” compatible, the jet can land on and takeoff from unpaved dirt and gravel runways in remote locations—Pilatus claims this puts 20,000 airports and landing strips worldwide at passengers’ fingertips, or 100 percent more than competing jets.

The Pilatus PC-24 utilizes the Pilatus Advanced Cockpit Environment (PACE), based on the Honeywell Primus Apex system, and can be operated by a single pilot. Information is displayed across four 12-inch screens. The system utilizes an Inertial Reference System (IRS) which guarantees reliability and accuracy in altitude and navigation data and features a Traffic Collision Avoidance System (TCAS II), Synthetic Vision System, auto throttle, and more to reduce workload and allow pilots to operate the aircraft with comfort and ease. 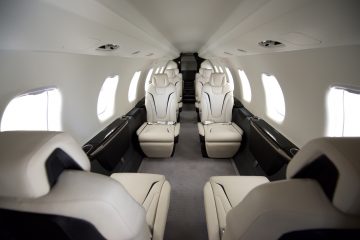