The world’s first solar-powered aircraft, Solar Impulse, will attempt to fly coast to coast across the U.S. The Solar Impulse is set to complete its next challenge starting in May, and by 2015 they hope to fly a similar aircraft around the world! The plane is expected to make stops at a few major airports along its journey, so the pilots can display and discuss the aircraft with reporters, students, engineers and aviation enthusiasts. The Solar Impulse has 12,000 solar cells built into its 193-foot wings to charge its batteries and allowing it to fly day and night. That’s longer than an entire Boeing 747 airplane but it weighs just 3,500 lb, less than a car. It is powered by four electric motors. The single-seat private aircraft cruises around 40 mph and can’t fly through clouds.  It travels so slow that sometimes when it turns into the wind, it appears to float in place on radar screens, or occasionally even slide backward.    The makers recognize that solar will never power commercial flights, but this flight was meant to push people’s assumptions about what solar technology can do.

Photo courtesy Boston Globe/David L. Ryan
Boston’s Logan airport remains closed in the aftermath of the blizzard Friday and Saturday. The storm, named Nemo, dumped as much as 28″ of snow on some parts of Massachusetts with wind gusts up to 85 mph. The FAA closed Logan airport around 1:30PM on Friday, and it will remain closed until 11:00PM on Saturday night to allow ground crews time to clear off runways, taxiways, and ramps. 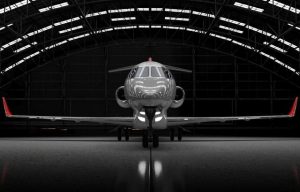 Take a Tour of the Highly Anticipated Learjet 85

Take a Look at the Highly Anticipated Learjet 85
Anticipation has been growing since the day Bombardier announced the clean-sheet design of Learjet 85 revolutionary business jet. It does not get any newer then this aircraft! The Learjet 85 fits in between the midsize and supersize spectrum of private jets. The jet will be capable of cruising at about 600 mph, but the most impressive stat is its ability to fly at least 3,000 miles with up to four passengers. It flies faster and farther than any Learjet ever built.
The plush aircraft is also decked out with the newest and most advanced avionics. Designed to enhance pilot performance, the jet includes a synthetic vision system for use in low-visibility conditions and a paperless cockpit that relies on iPads to call up navigation charts.
The Learjet 85 and two other new Learjet models, the smaller Learjets 70 and 75, are expected to be available next year, according to Bombardier. The aircraft is being assembled at Bombardier’s plant in Wichita, Kan.

An Inside Look at the Amazing Gulfstream G650

A Relentless Helicopter in Every Sense of the Word

Although Bombardier’s Learjet 60XR is still being marketed, they have temporarily halted production. They are

Ditch the Freeways and Hit the Airways

Private Jets are Making a Comeback

“Is it a bird? Is it a plane? … No, it’s a remote-controlled helicopter delivering

Private Jet Experience to be Improved by NextGen

On February 6th, the U.S. Senate passed a bill that will begin the integration of

In late December, Bell Helicopter Textron made several filings with the U.S. Patent and Trademark

Bombardier has recently released the news that they will be expanding their aircraft manufacturing hub in Wichita, Kansas. This is good news for the Learjet facility, which has not seen much development in the past few years. Bombardier Business Aircraft president Steve Ridolfi and the governor of Kansas, Sam Brownback announced the expansion plans on January 10. The plan includes the improvement of the flight-test center, based in Wichita. Additionally, they are establishing a center of excellence for engineering and information technology. Bombardier is also looking to add facilities for paint and production flight-testing. Lastly, they will institute an aircraft delivery center.

The Business Travel Jet Card from Magellan Jets: At $34,950, it is the Essential Business Tool for Private Flyers

Magellan Jets, the world-class private jet service for the executive traveler who demands the best

Pets and Private Jets; The New Way to Charter

It’s Wednesday, and there are only  two more days left until your heavily anticipated family