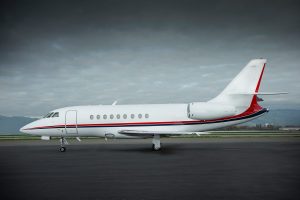 “The ultra-high costs of hundreds of non-productive travel hours each year are very justifiable.” Said

The NBAA or National Business Aviation Association will be hosting a regional forum today, June

3 Things That Are Taking the Aviation Industry by Storm

Or, “A few things we are excited about from the most recent National Business Aviation Association’s (NBAA) convention and exhibition”. Being in the private aviation industry, we are always excited to stay in the know on all things aviation. Here are our top three:
1) HondaJet is here.
Yes, really. Private jet owners and enthusiasts will be thrilled to learn that after over 20 years of extensive research and development, the world’s most advanced light jet has arrived. Built around the pilot, with intiuitive touch-screen technology, it offers more spacial cockpit and greater visibility. Honda promises it is the fastest, most fuel efficient, and highest flying light jet in its class. Honda expects to receive the FAA certification very soon at which point it will start delivering the plane to customers.
Source: HondaJet

Magellan Jets, leader in private aviation, will open a new office at Hangar 6 in the Orlando Executive Airport, operated by Sheltair FBOs, during the National Business Aviation Association (NBAA) 2014 Business Aviation Conference and Exhibition on October 22. 2014 continues to be a tremendous year of growth for Magellan Jets,

Gulfstream Aerospace just made the world a little bit smaller. They announced at NBAA 2013 the G650 generated a new world record for circumnavigating the globe, making the trip in 41 hours 7 minutes. This time beats the previous record held since 1987 by 4 hours. “This is a momentous occasion for Gulfstream and business aviation,” said Gulfstream president Larry Flynn. “This was an awesome display of the G650’s speed and range, two performance capabilities that have helped make this aircraft the industry standard since entering service in 2012.”

On Thursday, Air-traffic controllers, airline pilots and airport executives rallied with a group of leaders from several aviation organizations to protest the government shutdown that occurred on Oct.1st. About 200 aviation group representatives held the rally to call on Washington policymakers to find a path forward so that vital aviation services can resume.
While the shutdown has not immediately impacted aviation safety, the longer the shutdown remains in effect the more risk we are creating. Capt. Sean Cassidy, first vice president of the Air Line Pilots Association, said He cited burned-out runway lights and problems with radar displays that need to be replaced as risks. Pilots continue to anonymously report safety issues from their flights to the Federal Aviation Administration, but Cassidy says the shutdown hinders the government review of them to spot safety concerns.
NBAA President and CEO Ed Bolen joined the rally as well to discuss reopening the FAA. Since the start of the shutdown, NBAA has continually called upon decision-makers in Washington to promptly find a path for reopening the FAA.
The link below is a video clip from the rally held at Capitol Hill.
Video: Ed Bolen remarks on Capitol Hill (click the link and then enter password “digital”):
http://vimeo.com/76647398

From October 10-12, 2011, Magellan Jets proudly attended NBAA’s (National Business Aviation Association) conference which was held in Las Vegas, Nevada. For the aviation industry insiders, this annual event is imperative to attend for both networking and educational purposes alike. As a business tool, this convention yields amazing results for well-respected operators and industry specialists to unite. Buying decisions are weighed and executed at the NBAA and the relationships formed set the stage for the upcoming year. Magellan Jets spent the first day on the convention floor, interacting with exhibitors and other attendees. On Tuesday, they moved onto the Static Display of Aircraft at Henderson Executive Airport where the latest aircraft models were present for the attendees to view and explore.
CEO of Magellan Jets, Joshua Hebert, and Anthony Tivnan, President of Magellan Jets, spent their time meeting with the press. They provided the media with updates on Magellan Jets and their hopes for the coming year. Recently, Magellan Jets announced their plan to provide students and families in China with private jet transportation to the U.S., elite concierge services and top-tier medical expertise. Mr. Hebert was able to give insight on Magellan Jets’ expansion into the Chinese market, “We are thrilled to be able to enter into the private aviation market in China,” says Magellan Jets CEO, Joshua Hebert. “We would like to be the trusted source of establishing Chinese students and families.”

Organizations representing general aviation in Washington know that Errol G. Southers has been nominated by President Barack Obama (D) to head the Transportation Security Administration (TSA) and that Brian Delauter has been named the new general manager of that department’s GA division. Of the two Delauter is the better known quantity, having been named acting manager in July. But Southers is known to the community mainly through his resume.

Do Corporate Jets actually put Money into the Local Economy?

Business aviation advocates are becoming increasingly concerned that a sweeping climate-change bill that has the potential to shape the future of aviation operations continues to progress through Capitol Hill with few details on how it might impact the aviation industry.

The National Business Aviation Administraion (NBAA) recently welcomed a congressional proposal that would require the Transportation Security Administration (TSA) to work more closely with the general aviation industry on its controversial proposed Large Aircraft Security Program (LASP) and other security initiatives. Representative Charlie Dent (R-15-PA) introduced legislation that would require TSA to create a rulemaking committee with general aviation (GA) industry stakeholders when developing security measures for the industry. H.R. 3093 was cosponsored by eight other House members. “This legislation shows that Congress understands that we can accomplish more good if we work together rather than separately,” said NBAA President and CEO Ed Bolen. In the time since the TSA introduced the LASP last October, Bolen has repeatedly called for a rulemaking committee like the one envisioned in the legislation introduced today. “The business aviation community has a long and demonstrated history of partnership with government in developing effective yet workable security measures for the industry,” Bolen added. “A rulemaking committee, like the one proposed by Rep. Dent and others, would provide a consistent forum for stakeholder information sharing and the development of measures that enhance security while recognizing the need for mobility and flexibility.” More than 7,000 comments were submitted to the TSA in February regarding the LASP proposal. Almost all of the comments suggested that the proposed changes would be onerous to the thousands of businesses that rely on GA aircraft. -NBAA

Business aviation companies have increasingly begun using Twitter microblogging which allows a new way of networking and reaching out with new customers and promoting the industry. The NBAA has two accounts on Twitter currently saying that they want to provide real time information on the No Plane, No Gain campaign and a way of congregating with followers to amplify their messages.

“Whether its a piston or a jet, it [a business jet] is often what ends up connecting a lot of people on a rapid basis throughout the country,” Brownback said. “Without the use of business aircraft, you’re going to have a lot more inefficiencies in companies; you’re going to have a lot more difficulty getting people from point A to point B.” Bolen agreed, adding: “Business aviation is an essential tool for many companies to be productive and efficient, which is especially critical in this economic climate. But as the senator also pointed out, business aviation means jobs for more than a million people. It provides a critical lifeline for communities across the country, many of which have lost some or all of their airline service in the past year. And, it supports humanitarian initiatives, including medical transport for people in need and delivery of relief and supplies for victims of natural disasters. We thank Senator Brownback for recognizing these facts in highlighting the essential role of business aviation in America today.”

NBAA Launches “No Plane No Gain” Campaign to Promote Aviation

The National Business Aviation Association in parternership with the General Aviation Manufacturers Association has launched a multimedia campaign designed “to educate the public on the importance of business aviation to our country and its communities, companies, and citizens. In the United States, business aviation generates well over a million jobs, provides a lifeline to communities with little or no commercial airline service, helps thousands of businesses of all sizes to be more productive and efficient, and provides emergency and humanitatrian services to people in need.” In recent months, business aviation has come under scrutiny by both the government and media. Although business aviation is a necessary tool for many, the negative attention has caused some businesses to rethink their aircraft use.