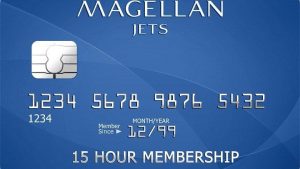 How Do Jet Cards Continue To Rise in Popularity?

The jet card isn’t a brand new idea, but it certainly seems that way with how often we hear about them. There are so many options now it is almost dizzying to pick one.  Although the current leader in the space is Marquis Jet, which was founded by Kenny Dichter in 2001 and sold to Berkshire Hathaway’s NetJets in 2010, more companies are adopting the method. Marquis Jet charges a little bit more than $100,000 for a 25 hour card.  The typical CEO knows that is far less time than is needed to travel the world.  Companies like Magellan Jets and Sentient Jet are finding new ways to help jet cards remain the best option for private travel. Here are three reasons why jet cards continue to rise in popularity.

NetJets is in the midst of what it calls a “jet renewal” that will replace aircraft that have reached the end of their useful lives and leave room for the company to expand its fleet. They announced a 10 year plan to swap out their current fleet- with a total transaction value of $9.6 billion. The schedule for the phase out will start with the oldest aircraft in their fleet first. Up to 425 new aircraft will slowly be phased into their inventory. They are gradually selling aircraft out of the current fleet as they take in deliveries of the new aircraft.

Anna Chapman, born February 23, 1982 is an alleged Russian Spy who has been working for the Illegals Program under the SVR, Russian Intelligence. Anna has been called a “Modern Day Bond Girl”, due to her good looks, red hair and green eyes. It seems like her Russian Spy role came out of a recent espionage movie. It has been reported that this Russian Spy has recently worked for NetJets, formerly the largest executive jet aviation company in the world.