Amalfi, Lisbon, Sicily, Nice… these popular seaside summer destinations are undoubtedly attractive, but they have just one problem: they’re popular. Crowded with visitors, especially during the sunny months of summer, these beautiful locales can be less enjoyable when they’re where everyone is flocking.

Instead, consider a destination that’s just as breathtaking but remains a bit off the beaten path: Croatia. Sure to be one of the next hot destinations of Europe, Croatia is worth visiting while many still cannot locate it on a map.

Read on to learn more about this perfect summer travel spot before it climbs to the top of every traveler’s bucket list. 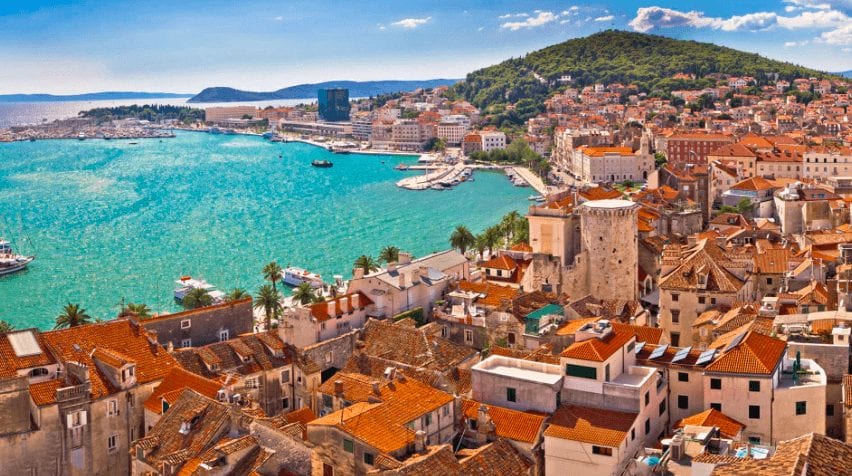 Fast facts about Croatia
Across the Adriatic Sea from Italy, the Republic of Croatia is bordered by eastern European countries of Montenegro, Hungary, Serbia, Slovenia, and Bosnia and Herzegovina. The capital of Croatia is Zagreb, but other popular destinations include Dubrovnik, Split, and Hvar, an island populated with luxe resorts and lavender fields.

In Croatia, the currency is the Kuna and citizens speak Croatian.

Though some of the country’s land mass is inland, a stretch of shimmering coastline with over 1,000 islands serves up the best of the country’s views and is the reason it can be considered a true hidden gem. The area has a long history and the ruins and ancient buildings to show for it.

What to do in Croatia
Visitors to Croatia are blown away by its multi-hued waters and scenic landscapes; the clear sea glitters and sparkles in the sun, and the rosy hues of the buildings make for an eye-pleasing color palette no matter where you look. In addition, price tags in Croatia are far lower than most of Europe, so even the most luxe and elaborate of getaways won’t break the bank.

Enjoy an eye-catching spot off of Croatia’s coast, the Mljet Island, which is covered in thick forests. Visitors enjoy exploring a cave where, according to legend, Odysseus was shipwrecked and trapped by the nymph Calypso for 7 years. 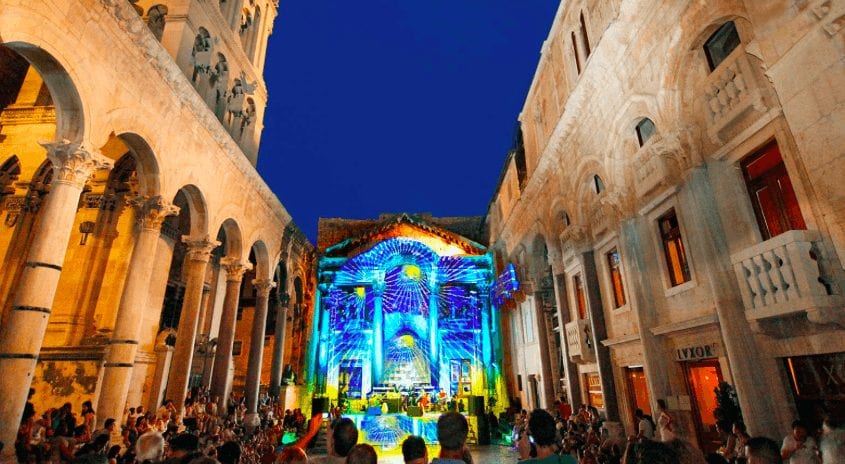 Plitvice Lakes National Park is another can’t-miss stop in Croatia. Peppered with thick forests and 16 lakes interconnected by waterfalls, the park is also known for its wide variation of tittering butterflies.

Another must-see for the history buffs, the Diocletian Pallace located in Split, a small port town on Croatia’s Dalmatian Coast. See all that is left off the fortress, which was erected by the Roman emperor in the 4th century and now a complex at the center of the town. Wonder off in between its lustrous white stone walls and under its courtyards to see a cathedral and numerous shops, bars, cafes, hotels and houses.

Pakleni Islands (in Croatian “Fiery” or “Pakleni Otoci” as natives call them) are another hidden-gem, located off the southwest coast of the island of Hvar, Croatia. Visit Pakleni Islands on a day trip when you spend time in town Hvar. Enjoy the perfect-sand beaches with restaurants and cocktail bars in intimate settings while listening to the beach. For more adventure, rent a kayak or hike in hidden spots of this amazing archipelago and enjoy its stunning nature.

Getting to Croatia
Though Croatia has airports all over the country, another popular method of arrival is by sea. Much of the country features sparkling coastline on the Adriatic, as well as port towns and islands, so it’s a natural choice for summer yachting outings.

Those who choose to fly in have their pick of international airports, but the airport in Zagreb (ZAG) is the largest and most common. Other good options include Dubrovnik (DBV) and Split (SPU).

Keep in mind that it’s best to fly in to the airport closest to your destination, as Croatia is very mountainous and spread out despite its small size.

If you are looking for a quick summer getaway, please connect with us to get an on-demand charter quote today.