With the National Aeronautics and Space Administration—also known as NASA—celebrating the 50th anniversary of the Apollo 11 moon landing this year, outer space has been donating the conversation even more than usual. While putting a man on the moon is a major milestone in the advancement of humanity, NASA’s impact on mankind isn’t just taking place lightyears away. In fact, much of NASA’s research has changed the way we live life here on earth—especially for those who are travelers, frequent fliers, or private aviation customers.

NASA’s research, innovation, and complex line of study has touched nearly every industry on earth, but perhaps none more so than aviation—after all, flying into space is still flying at its core. From runways to specific developments to make flying more aerodynamic, cost-effective, and practical, the state of modern aviation today wouldn’t be the same without the work NASA does behind the scenes.

NASA’s focused and methodical approach to technological innovation is one of the main drivers of its manifold contributions to science and the world at large.

“First the NACA and then NASA would providethe experimental capabilities and facilities that would be used in the development of practically every domestically produced commercial transport and military aircraft in the past 50 years.NACA experts would generate databases and technical reports to advance fundamental knowledge in such areas as airfoil design, aircraft handling and compressible aerodynamics, even as the national spotlight would illuminate NASA’s new role in space exploration and travel.”

As flying became more common and widely utilized after its invention, both for military and civilian purposes, it was NASA that led the charge toward continued study and faster developments that made air travel all the more possible. (To learn more about the history of aviation, check out our blog post A History of Aviation, Then and Now.)

Flying had to be not only safe but comfortable if it was to be sustainable, both for travel and for the future possibility of space exploration. NASA engineers conducted flight tests, built prototypes, improved the existing models of aircraft; as they did, their findings were adopted and integrated into the world of consumer travel and private aviation. Factors such as noise, emissions, reliability, and the sustainability of space travel had to be considered not only for spaceships but for planes, too. As NASA’s progress developed, aviation was able to grow alongside it.

Today, as NASA continues to push mankind to new heights and further distances in the knowable universe, the trend will be replicated in the field of private aviation, as planes for business and private use continue to become faster, more economical, and more comfortable. And as space travel becomes a reality in the not-too-distant future, it’s likely we’ll see private trips to the moon, too. It may sound like science fiction now, but with NASA’s continued work, it’s not out of reach. 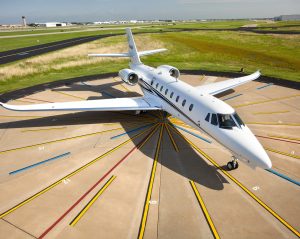