Whether you charter a plane to destinations inaccessible by any other means or book a boat to explore remote regions, setting up your own route and itinerary provides a travel experience unlike any other. Check out our take on a few of the world’s top yacht vacations for a peek into the paradises awaiting. Private travel provides access to places many only visit in their dreams.

Top Yacht Vacations Around the World

1. British Virgin Islands
The British Virgin Islands are  one of the top yachting destinations in the world. The island nation is composed of four main islands and many smaller ones surrounding those. Sail from Tortola to Scrub Island to Virgin Gorda, Cooper Island, and beyond for an unforgettable jaunt through some of the most breathtaking islands of the Caribbean. With rainforests, bouldered beaches, and beaches lined with colorful coral reefs just offshore, the BVIs provide a feast for the eyes and a transportive break from reality. 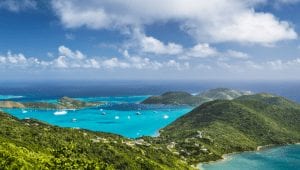 2. The South Pacific
When it comes to the ultimate in seaborne adventures through a tropical paradise, it doesn’t get much better than the exotic South Pacific. First, start with a bucket-list diving expedition at Australia’s Great Barrier Reef. Then head up to the pristine islands of French Polynesia. Travel to Tahiti, Tonga, Bora Bora, and more for a getaway that would be difficult to duplicate.

3. Mergui Archipelago, Myanmar
An undisturbed paradise, the Mergui Archipelago off of Myanmar provides 800 islands to explore. Most of these islands are accessible by boats and private charters alone. Of course, that makes the area difficult to reach for the general public. In fact, many of the islands were not even on Google Maps until recent years, and some may still be unsearchable. The sheer privacy of having such a gorgeous slice of Earth all to yourself is unlike anywhere else on the globe, making it one of the top yachting destinations. 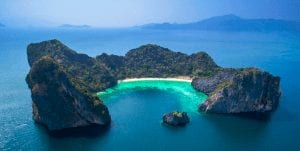 4. The Mediterranean
It’s one of the hottest spots for island hopping, especially in the summer. Overall, the Mediterranean proves hard to resist. Meanwhile, it’s flanked by countries like France, Italy, Spain, and the nearby Greek Isles. Of course, the emphasis is on fresh food and la dolce vita. In particular, cruise the Riviera and plan pit stops in destinations like Sardinia, St. Tropez, and Positano to enjoy a few of the glittering jewels of Europe. 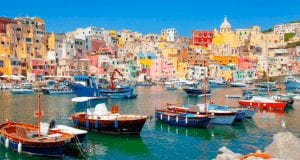 5. Croatia
The country of Croatia has over 1,000 islands—and only about 50 of them are inhabited. Naturally, between the sapphire Adriatic Sea and the low mountain ranges, Croatia is one of the most visually pleasing and private places to explore by yacht. Check out our article Country in Review: A Private Traveler’s Guide to Croatia to specifically learn more about this stunning seaside European gem. 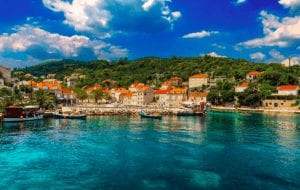