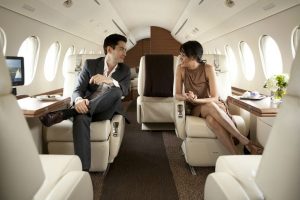 Why Flying Private Should Be a Private Experience

As you may have heard, selfie queen Kim Kardashian-West has taken a highly publicized break from social media after falling victim to a recent robbery in Paris.  Many have speculated that she was a target because the public could easily follow her activity and whereabouts through her constant social media posts.  Chronicling your travel online can be very risky if it’s not managed right, which is why we value discretion at the highest level.

Whether it’s for personal or business reasons, using supplemental lift can be a huge asset for all your travel needs.  There is a lot to consider when choosing a provider which can make the process very daunting. Your time, money, and safety are important so make sure you choose a provider who meets the highest level of all your requirements.  Here are 4 things Magellan Jets thinks you need to consider before choosing your supplemental lift provider.

Hire a House-Sitter
The most efficient way to make sure your house is safe is to have someone you trust stay in it while you’re gone. You may be lucky enough to have a trustworthy relative who’ll move in temporarily and watch over the house. If not, there are services you can use for house-sitting and pet-sitting while you’re away.

Why can’t my private jet get into this airport?

This can be one of the most frustrating questions when chartering an aircraft—especially if you’ve flown into an airport before!
There are a lot of factors that go into operational decisions like whether or not an aircraft can use a specific airport. In this article, I’ll list out a few of them, explain how they can affect your flight, and hopefully shed some light on why the go/no-go decisions are made the way they are.
There’s no fuel available

This can be particularly frustrating if the airport you’d like to use is on the smaller side. Aircraft use two different types of fuel, 100LL (100 octane low lead) for small piston aircraft, and Jet-A (regular jet fuel) for turboprop and jet aircraft. A small reliever airport may have a long enough runway to operate from, but if they don’t have fuel there your jet has to carry enough fuel on the way in to get back out. Sometimes this can be remedied by adding a fuel stop, but often times it makes more sense to use a larger airport that has Jet-A available.

More than 100 people gathered inside an Atlantic City International Airport hangar Monday afternoon to celebrate the groundbreaking for a new aviation research and technology park down the road.

Late last month, the FAA signed a three-year deal with the National Air Traffic Controllers Association valued at $669 million. A new contract for Natca had been a top priority of the Obama administration after years of impasse in negotiations with the union that represents about 20,000 employees.

IS-BAO, the International Standard for Business Aircraft Operations, has received been received official recognition as an industry standard for business aircraft operations in Europe. The approval, announced last week, by the European Union’s standard body, should facilitate recognition of IS-BAO in the upcoming EASA Implementing Rules.  IS-BAO was developed and is overseen by the International Business Aviation Council (IBAC) in Montreal, Canada. According to IBAC and the European Business Aviation Assn., business aircraft operators should be able to use IS-BAO registration in their declaration to EU civil aviation authorities as the means they use to meet the regulatory requirements. It is also anticipated that national regulatory authorities will take into account IS-BAO registration in their regulatory oversight of business aviation operators engaged in commercial operations. Brian Humphries, EBAA President and CEO, said, “The ISBAO was developed as a professional safety code of practice for business aviation operators and we encourage those operators to move forward with IS-BAO implementation so that they will be ready for the upcoming EASA Implementing Rules”. Because a Safety Management System (SMS) will be required of all commercial operations and operators of complex motor-powered aircraft engaged in noncommercial operations within the EU, the IS-BAO includes an SMS Toolkit that can be used by operators to develop their own SMS. – William Garvey Aviation Week

Feds want more info at booking to compare to terrorist watch lists
The Transportation Security Administration wants to know more about who’s boarding commercial flights in the United States.
Beginning Saturday, the federal agency will begin collecting additional data from airline passengers at booking time, including full name, date of birth and gender. That data must match whatever is on the form of government-issued identification — driver’s licenses and passports are the most common — that a passenger uses to check in and board the flight.
The new requirement will affect all airline bookings made beginning Saturday and is just the first phase of a larger program called Secure Flight. That program’s goal is to vet 100 percent of airline passengers through the TSA’s watch lists by next year. TSA’s goal is to vet 100 percent of passengers on all domestic commercial flights by early next year, and all passengers on all international commercial flights by the end of 2010.
The agency, known best for its takeover of the airport security screening process following the Sept. 11 attacks, is touting the program as a better way to keep dangerous travelers from boarding planes, while preventing confusion for passengers with names similar to people on the government’s “No Fly” and “Selectee” lists. Those lists bar some would-be fliers and mark others for “enhanced screenings” at airport security checkpoints.
Extra information helps
Because the government will have access to additional pieces of identifying information, the TSA says it will be better able to distinguish between, for example, a 25-year-old John A. Doe who is OK to fly and a 37-year-old John Z. Doe who is not. In addition to the data required of passengers, fliers who have had difficulty with watch list confusion can include a “redress” number. Those are issued to cleared passengers who have been stopped or delayed before because of similar names or other confusion. “By enhancing and streamlining the watch list matching process, the Secure Flight program makes travel safer and easier for millions of Americans,” Gale Rossides, the TSA’s acting administrator, said in a statement.
The Secure Flight program was born out of a Department of Homeland Security directive issued in 2006 that required the TSA and U.S. Customs and Border Protection to start working together to implement a system to make sure airline passengers have been cleared.
Aside from the additional information collected by the airline, Secure Flight will mean a closer relationship between those airlines serving the United States and the TSA. The new requirements call for passengers to provide the information to airlines when they book flights. The information, in turn, is sent to the Secure Flight system, which matches up names with watch lists, and determines whether the matches are legitimate or errors.Secure Flight then sends information back to the airlines, separating passengers into those who are cleared to fly, those who aren’t and those who will be subjected to enhanced screening. Initially, Secure Flight requires passenger information to match up exactly with what’s on the ID, so if a passenger’s license says “Richard,” for example, a ticket shouldn’t be booked under “Dick.”
Matching up names
“During this phase of the Secure Flight program, passengers are encouraged to book their reservations using their name as it appears on the government-issues ID they will use while traveling,” Rossides said. Most airlines say they’re implementing procedures to help passengers comply with the regulation so they’re not delayed or denied boarding. Airlines have been preparing for the new requirements for months. Delta Air Lines Inc., the world’s largest airline, which operates its second-largest hub at Detroit Metropolitan Airport, will roll out revamped online pages that will allow passengers booking tickets via the Internet to submit the required information beginning Saturday, said company spokeswoman Susan Elliott. Additionally, the airline will allow fee-free name changes on tickets, so names on reservations will match up with the documents passengers use to check in and clear security checkpoints.
By: Nathan Hurst / The Detroit News